OilNOWLatest News and Information from the Oil and Gas sector in Guyana
More
FeaturedNews
Updated: April 24, 2021 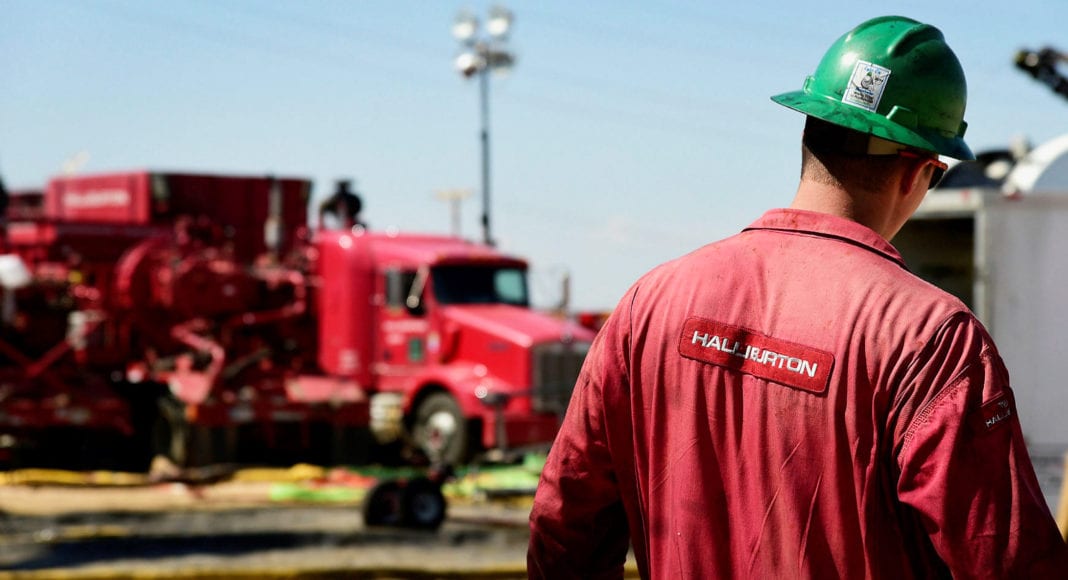 “I am pleased with our first quarter performance, which demonstrates the benefits of our strong operating leverage in a recovering global market,” Chairman, President and CEO, Jeff Miller said. “We achieved total company revenue of $3.5 billion and operating income of $370 million, representing increases of 7% and 6%, respectively, compared to revenue and adjusted operating income in the prior quarter.”

He said the first quarter marked an activity inflection for the international markets, while North America continued to stage a healthy recovery. “I expect international activity growth to accelerate, and the early positive momentum in North America gives me confidence in the activity cadence for the rest of the year,” he stated.

“Latin America revenue in the first quarter of 2021 was $535 million, a 26% increase sequentially, resulting primarily from increased activity in multiple product service lines in Argentina and Mexico, as well as higher fluid services in the Caribbean,” Halliburton said. Partially offsetting these improvements was reduced activity across multiple product service lines in Colombia.

The company has been steadily expanding its activities in Guyana since setting up operations in 2015 which has seen the establishment of state-of-the-art facilities, including one of the largest mud plants in the hemisphere, and expansion of its local workforce.

Halliburton has also said it is aiming to have 100 percent of its operations serviced from Guyana in 2021 and expects this move to result in a major increase in its in-country purchases, by at least 50 percent, while expanding regional opportunities for local businesses.

Halliburton has been providing a range of drilling and completion services to ExxonMobil, and currently 90 percent of their operations are being serviced from Guyana.