OilNOWLatest News and Information from the Oil and Gas sector in Guyana
More
FeaturedNews
Updated: April 22, 2019 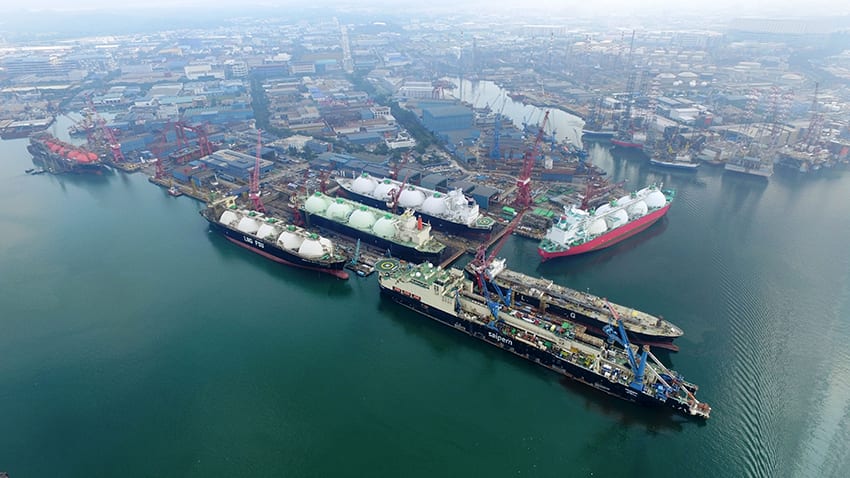 In 1Q 2018, the Group benefitted from a S$289 million gain arising from the en-bloc sale of Keppel Cove in Zhongshan, China as compared to gains of S$174 million in the current period from the divestment of a 70% interest in Dong Nai Waterfront City, Vietnam and the re-measurement of previously held interests in M1 Limited (M1) at acquisition date.

Keppel Shipyard Ltd. has been awarded a contract by Dutch floater specialist SBM Offshore for the conversion of the FPSO Liza Destiny, which will be deployed to the Liza field, 193km offshore Guyana in 2019.

In a statement on April 18, Keppel said the Group achieved revenue of S$1,531 million for 1Q 2019, which was $61 million or 4% higher than that of 1Q 2018. The increase was underpinned by higher revenues from power and gas sales, infrastructure projects in Singapore and Hongkong, asset management and the consolidation of M1, offset by lower contributions from property trading in Singapore.

In 1Q 2019, the Group achieved an annualised return on equity of 7.0%. Net gearing increased to 0.72x as at 31 March 2019, compared to 0.48x as at 31 December 2018, due to higher working capital requirements, financing for the acquisition of M1, and as a result of the inclusion of lease liabilities due to the adoption of the new accounting standard on leases. Free cash outflow was S$617 million in 1Q 2019 compared to an inflow of S$248 million in 1Q 2018, mainly due to higher working capital requirements in the Offshore & Marine and Property divisions.

Mr Loh Chin Hua, CEO of Keppel Corporation, said, “The main pieces of our strategic transformation are in place. Our focus is now on execution. When we have successfully executed on our strategy, Keppel will be a powerhouse of urbanisation solutions, with not only higher profits, but also higher quality, recurrent earnings. We will work all our engines hard towards achieving a mid-to-long term ROE target of 15% for the Group.”

The O&M Division continues to pursue projects and opportunities in new markets and niche segments. In the year to date, the O&M Division has won new contracts of about S$1 billion, or 59% of the S$1.7 billion secured for the whole of 2018. The latest orders comprise a newbuild harsh environment semisubmersible for Awilco and contracts to upgrade a drilling semisubmersible and integrate an FPSO hull.

The Property Division was the largest contributor to the Group’s 1Q 2019 net profit. The Division recorded a net profit of S$132 million, 65% lower than $378 million for 1Q 2018 due mainly to the absence of gains from the en-bloc sale of Keppel Cove in Zhongshan, China and lower contribution from Singapore property trading which was partly offset by gains from disposing a partial interest in Dong Nai Waterfront City, Vietnam.

Excluding charges related to the acquisition of M1, the Investments Division recorded a net profit of S$59 million for the first quarter, as compared to net loss of S$44 million a year ago. This was due mainly to fair value gains from the remeasurement of previously held interests in M1 as at acquisition date, as well as higher contributions from Keppel Capital and the consolidation of M1’s results, and a lower share of losses from KrisEnergy, which were partly offset by a higher fair value loss on KrisEnergy warrants and a provision for impairment of an associated company.