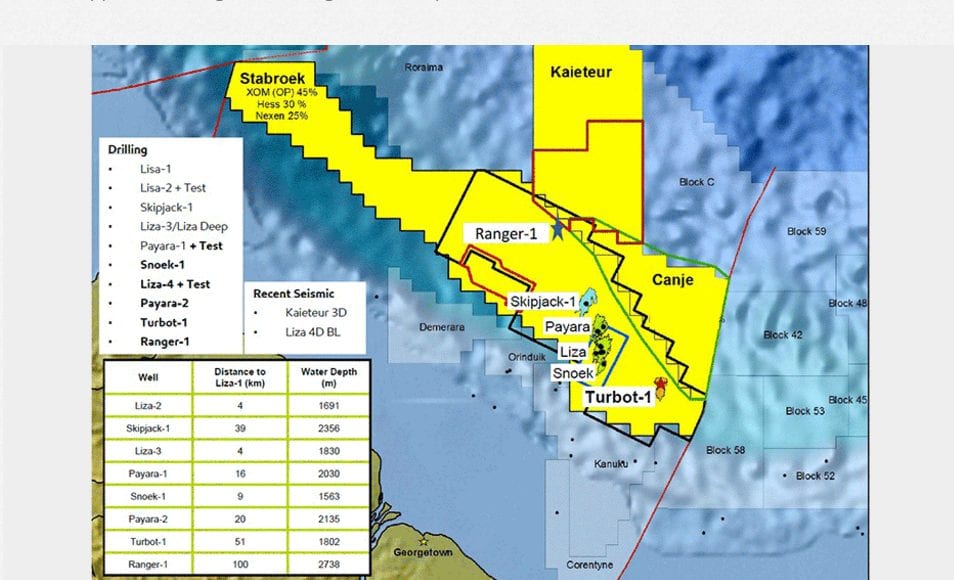 US oil major ExxonMobil has confirmed that a process is underway that could see a Liza Phase 2 development getting underway as early as 2022. This combined with Liza Phase 1 production, set to come on stream in 2020, could push the South American country’s total output to around 350,000 bpd.

The company said on Thursday it has submitted an application to the Environmental Protection Agency (EPA) for environmental authorization as part of its plans for a potential production concept for Liza Phase 2.

Industry analyst Wood Mackenzie has said oil production in Guyana could reach as high as 400,000 barrels per day by 2026 as multiple phases of development and production come on stream.

In announcing its 6th discovery in Guyana at the Ranger-1 reservoir last week, ExxonMobil said it adds to previous world-class discoveries at Liza, Payara, Snoek, Liza Deep and Turbot, which are estimated to total more than 3.2 billion recoverable oil-equivalent barrels in the Stabroek Block.