OilNOWLatest News and Information from the Oil and Gas sector in Guyana
More
FeaturedNewsRegional
Updated: February 6, 2021 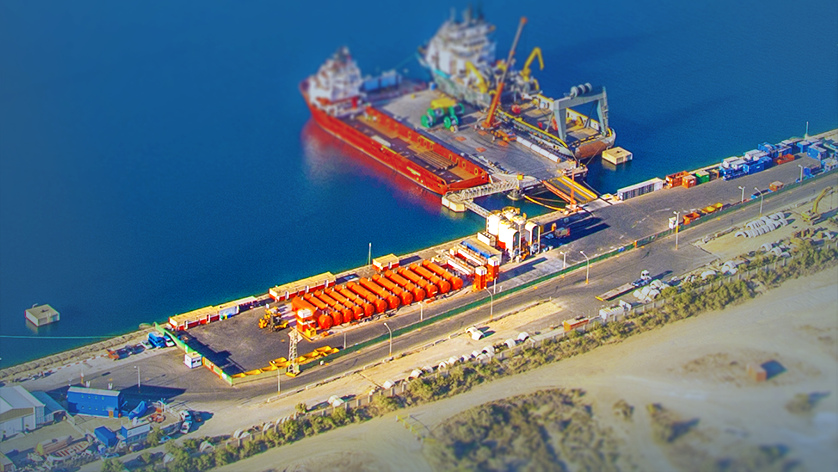 Both Guyana and Suriname are without adequate shore base facilities to support the growing needs of oil companies that continue to ramp up exploration and production activities offshore the two countries. But this state of affairs could change quite quickly if the oil-producing neighbours join forces to build world-class facilities. This much was said by Managing Director of Staatsolie, Rudolf Elias, during a recent interview on a Guyanese radio station.

During his appearance on Guyana’s Oil and You, the official said, “One of the basic things we have to do, both Suriname and Guyana, is that we have to build a good shore base. Our rivers are like Berbice and Demerara with low water tide and that is not enough to handle offshore vessels and their needs. So, both governments can try to work together and keep local content in both countries. The work does not have to go to Trinidad and Tobago or the U.S. where they have deep sea harbours.”

In Guyana and Suriname, adequate deepwater ports do not exist due to sedimentation from several rivers like the Berbice, Essequibo, Demerara and Paramaribo. Industry analysts have noted that the severe draft restriction in these rivers means that the large supply vessels required to take cargo to rigs for example, cannot easily dock in these countries.

Meanwhile Trinidad and Tobago, with more than 100 years in oil and gas, has several facilities that support exploration and production operations in the country. In fact, the twin island republic has been a primary source for most of the offshore needs for both Guyana and Suriname.

The presidents of Guyana and Suriname had disclosed last year that they are examining the potential of a joint deepwater harbour to provide support services for the exploration and production activities in the basin.

Eighteen discoveries made by ExxonMobil at the Stabroek Block offshore Guyana have been pegged at about nine billion barrels of recoverable oil equivalent (boe) resources while Morgan Stanley says its modelling of Suriname’s Block 58 shows that it contains a potential 6.5 billion boe. So far, Apache and Total have made four discoveries at Block 58. Oil production began in Guyana just over a year ago and according to reports, Suriname is aiming to begin offshore production in 5 to 6 years.

Several companies in Guyana have submitted project proposals and requests for the relevant permits from the Environmental Protection Agency (EPA) to move ahead with the construction of shore base facilities. Construction on some of these projects is expected to begin this year.