OilNOWLatest News and Information from the Oil and Gas sector in Guyana
More
FeaturedNewsProduction
Updated: May 19, 2021 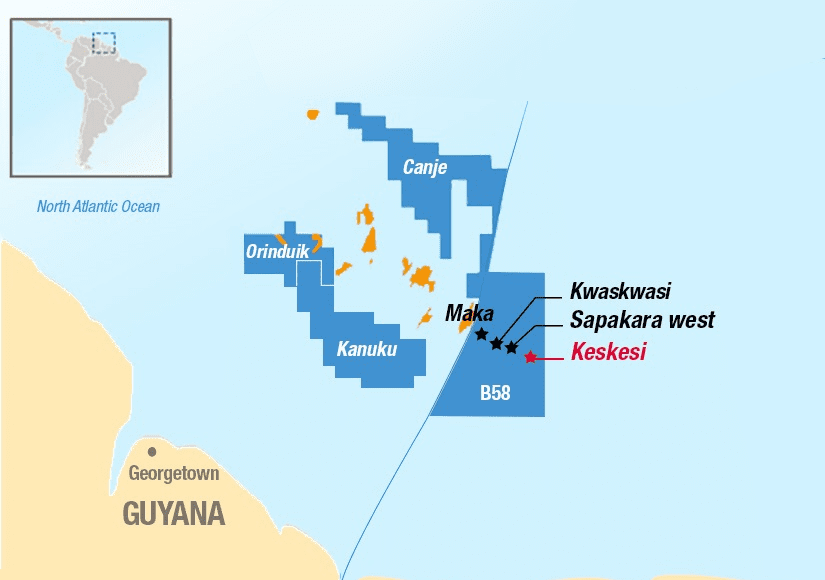 Rudolf Elias, in a letter bidding farewell to the company, said despite the pandemic, the big news of 2020 was the 3 major oil finds made by Apache and Total – Maka Central-1 in January, Sapakara West-1 in April, and Kwaskwasi-1 in July.

“These discoveries alone are expected to produce about 1.4 billion barrels of oil equivalent resources over time, and they confirm Suriname as a major upcoming hydrocarbon province,” Elias said. “Further confirmation came in December, with IOC partners Petronas and ExxonMobil announcing another hydrocarbon discovery, with the successful drilling of the Sloanea-1 exploration well in Block 52.”

He reminded that the new year quickly brought another new discovery in January by Total and Apache in Block 58 at the Keskesi East-1 well.

Analysts say Total and Apache are expected to make their Final Investment Decision (FID) to develop oil fields at Block 58 later this year. In fact, Total recently confirmed that plans are underway to begin developing oil fields at Block 58 as early as 2025, around five years after the Maka Central-1 discovery. If successful, this would mark the second fastest development ramp up in the Guyana-Suriname basin since U.S. oil major ExxonMobil hit first oil at the Liza field in Guyana in December 2019, just under five years from its first discovery in 2015.

Elias will officially depart Staatsolie in May, handing over leadership to new Managing Director, Annand Jagesar.