OilNOWLatest News and Information from the Oil and Gas sector in Guyana
More
FeaturedNewsRegional
Updated: September 2, 2020 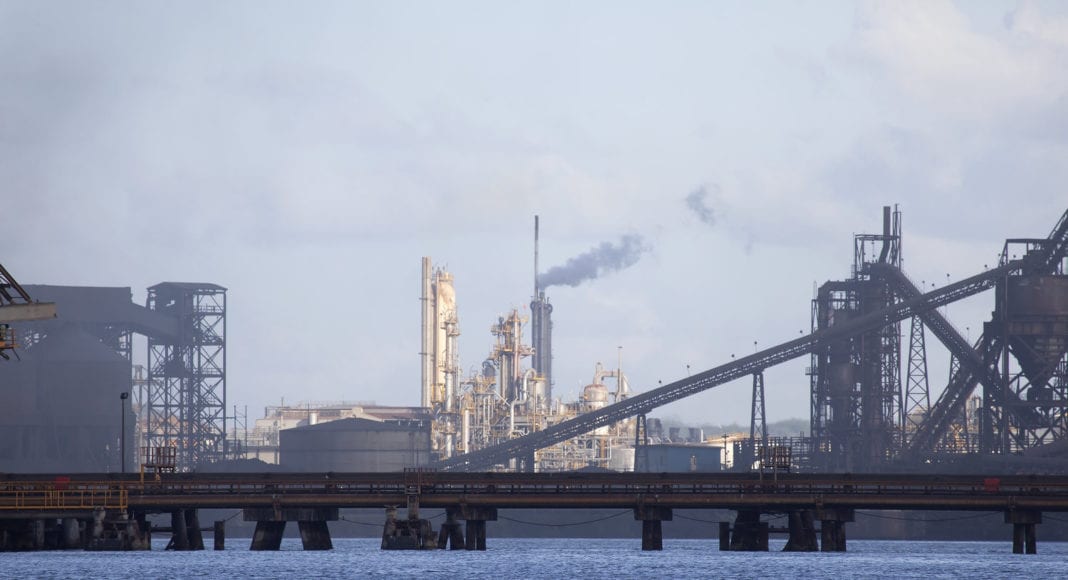 Trinidad and Tobago’s Ministry of Energy and Energy Industries on August 11 reported that the Country’s natural gas production plummeted in June to its lowest level since 2016 averaging a mere 3.110 billion standard cubic feet per day (Bscf/D).

The report on the Caribbean country’s energy sector which contained the update on the state of gas production was released one day after the general elections, according to a news report in the Trinidad Guardian on Tuesday.

Figures from the Ministry indicated that natural gas production declined from 3.5 Bscf/D to 3.1 Bscf/D or a fall of 400 million standard cubic feet per day (mmscf/d).

“To put it into perspective the 400 mmscf/d is equivalent to all the gas used to power the entire country. It is enough gas to power Atlantic LNG’s Train 1 prior to its debottlenecking. It is also enough gas to run four methanol plants and an ammonia plant,” the Guardian report stated.

According to the article, this represents a significant fall from production in 2018 which averaged in June 2018 3.81 Bscf/D and a year ago which was 3.45 Bscf/D. The Ministry of Energy’s numbers indicate that BPTT was a major contributor to the decline in the production of natural gas. “The Ministry report showed that BPTT’s production in June was 1.738 Bscf/D as opposed to 1.994 in January. That is a fall of more than 250 mmscf/d. EOG’s production also fell by more than a quarter or just under 100 mmscf/d,” the article said.

So far, ExxonMobil and its co-venturers HESS and CNOOC have discovered more than 8 billion barrels of oil equivalent resources at the Stabroek Block offshore Guyana, of which 20 percent is gas, amounting to around 9 trillion cubic feet (tcf).

ExxonMobil has said that the primary use of natural gas from the fields at this time is for reinjection into the reservoirs which maximizes crude production.

“The first and highest value of the gas is actually to re-inject it in many of the oil reservoirs to increase the amount of oil [produced],” President of ExxonMobil Guyana, Alistair Routledge has said. “And so, although we have quite a significant amount of gas discovered, how much of that would be available without impacting the oil recovery over a period of time is something that we still have to evaluate…”

The ExxonMobil led consortium is currently engaged with the Government of Guyana to explore ways in which the gas could be brought to shore for use in power generation and other purposes.