OilNOWLatest News and Information from the Oil and Gas sector in Guyana
More
FeaturedNews
Updated: August 8, 2017 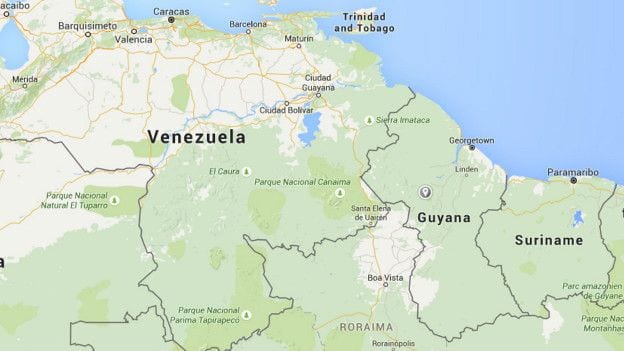 The contract and agreements for the development and production of hydrocarbon resources offshore Guyana may have as much as 1,000 clauses, one or more of which Venezuela could try to use to jeopardize the entire contract, and in so doing, oil production itself.

A well-placed source familiar with the content and nature of these contracts told OilNOW certain details contained in these documents can be used by a country like Venezuela, which has laid claim to large swaths of territory, including maritime waters offshore Guyana.

“The contracts are so detailed that they have delineation of lines; first of all, geographic location. Secondly it contains details of the contract in terms of production, guarantee, rights…every contract has close to 1,000 clauses. These clauses are to safeguard the contracting parties. Venezuela can take one of those clauses and challenge it and then jeopardize the contract itself,” the source said.

Guyana’s Minister of Natural Resources, Raphael Trotman, recently disclosed that sinister moves appear to be afoot by others, to gain access to the contract and other documents related to Guyana’s agreement with US super-major ExxonMobil, for the development and production of petroleum offshore the South American country.

The country’ former Minister of Natural Resources and the Environment, Robert Persaud, in a comment on his Facebook page on August 4, pointed out that public documents were being used against Guyana by Venezuela, after a naval ship from the Bolivarian Republic ejected an oil exploration vessel in Guyana waters back in 2013. “I vividly recall some of our public documents being used against us in our solid case when Venezuela illegally ejected a vessel conducting seismic surveys for Anandarko in our offshore basin,” Mr. Persaud said.

He urged Guyanese to be “tempered and strategic in focus” even while the need for public disclosures exist. “I’m sure the relevant government departments and representatives can arrange in-camera briefings for representative groups; including civil society and the political opposition, to be fully updated on what has been agreed to and what is outstanding to assuage any suspicions/doubts,” he stated.

But the Guyana-Venezuela border spat and the possibility that it may soon end up at the International Court of Justice should not be the only consideration for not publicly disclosing the details of such contracts, according to the source.

Negotiations for offshore activities in Guyana is not limited to one company, the source stated, therefore keeping certain details of what has been agreed to is vital to ensure Guyana gets the best deals. “Guyana’s offshore is a negotiation with at least potentially, a dozen parties. If one party knows that you have asked for two dollars here, it makes your case very difficult to ask another party for four dollars,” the source pointed out.

Since at the time of the initial negotiations with ExxonMobil the full potential offshore was not fully realized, it is likely that what was agreed to then, is less than what can be negotiated going forward with other parties, now that the basin has been de-risked. “If I were the other companies, I would love these documents to come out because I would ask; if you give company X this, why are you asking me for something else,” the source said.