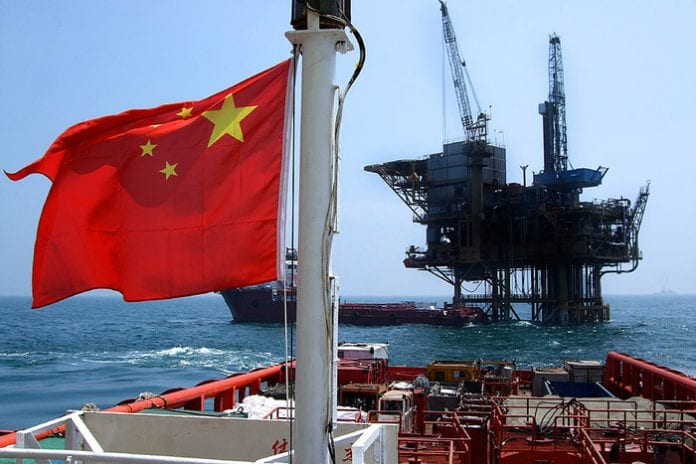 Chinese operator CNOOC Ltd, a joint venture partner together with ExxonMobil and Hess in the Stabroek Block offshore Guyana, is calling on Beijing to speed up the liberalisation of its retail fuel pricing scheme as high diesel and gasoline prices have caused overinvestment in refining capacity and added to a domestic fuel glut.

According to a Reuters report, Shan Lianwen, vice president of the Economics and Technology Research Institute for China National Offshore Oil Corp – the energy research unit of CNOOC – said the current retail fuel pricing system has gone “awry” in a presentation at an oil industry event on Monday.

“The state planner promised to liberalise refined oil prices in 2017. Why has it not happened yet?” Shan said. “CNOOC is in full support of liberalising prices.”

China has been seeking to overhaul its state-controlled energy industry for years, with a push to adopt market-based prices for natural gas and electricity and open up some infrastructure to foreign and private ownership, Reuters said.

Shan’s comments came on the same day that China’s General Administration of Customs reported the country’s refined products exports hit all-time highs in March as refiners churned out product at a record pace even as domestic demand growth has slowed.

China’s state planner sets fuel prices twice a month under a system introduced in March 2013 that linked gasoline and diesel prices more closely to the global price of crude oil.

When crude prices, the main raw material for refineries, rise as they have done in recent months, it would typically squeeze refiners’ margins.

But, with the government only changing the finished product prices every two weeks, there is often a lag, which has protected refining margins of both state-run and private refineries.

If removed, refining margins would only be half of the current level, Ke Xiaoming, a senior engineer from Sinopec said at the same event. (Reuters)