OilNOWLatest News and Information from the Oil and Gas sector in Guyana
More
NewsRegional
Updated: May 11, 2017 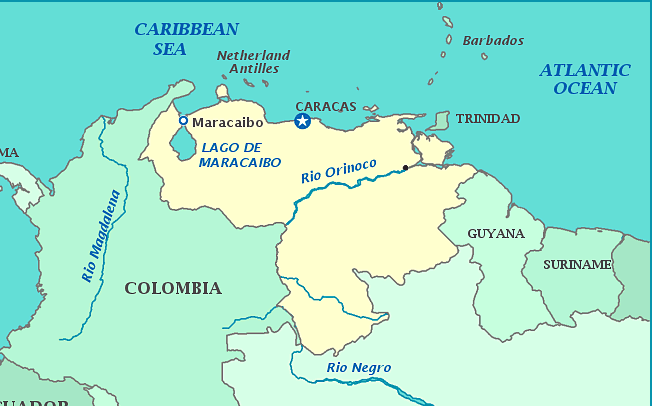 Large quantities of the heavy bunker fuel from the ruptured fuel oil storage tank at Trinidad and Tobago’s state oil company Petrotrin’s Pointe-a-Pierre refinery has become lodged in the mangroves and on the beaches of Guiria, Venezuela.

According to a report in the Trinidad Express, oil-covered leather back turtles have washed up dead, claimed Fishermen and Friends of the Sea (FFOS) secretary Gary Aboud.

The dead turtles have also been confirmed by Papa Bois Conservation, an environmental group.

He said the photographs clearly showed the major impact the ruptured Tank 70 was having on the coastal areas of Guiria, Venezuela. “There are miles of thick clumps of oil washing ashore the beaches of Guiria which has already killed over 50 marine turtles and unknown quantities of other living creatures,” he said.

Papa Bois Conservation also posted photographs of the dead turtles on the group’s Facebook page. The group stated that 50 dead turtles had washed ashore near Guiria beach. It also noted the lack of protective clothing being used by Venezuelans in the clean-up exercise.

Aboud stated that the majority of the Petrotrin oil was still at sea and will continue to move in a clockwise motion towards Trinidad’s north-western peninsula when the tide rises.

“Fishermen and Friends of the Sea (FFOS) warn all mariners and fisher folk who fish in the Gulf areas closers to  “Down the Islands” to be cautious and on the lookout for very large volumes of bunker type clumps of submerged oil (estimated to be in excess of 10,000 Barrels in contrast to the mere 300 Barrels which our misinformed Government are claiming) and which we believe will be approaching from Venezuela. The Gulf of Paria discharges the majority of all water at low tide through the 2nd and 3rd “Bocas” on the North West boundary of Trinidad’s territory,” he stated.

Aboud warned fishermen in the Gulf of Paria to be on the lookout and switch off all boat engines when entering oil contaminated waters.

“Until Petrotrin and all the designated local authorities come together with a sense of urgency more lives and our health will continue to be put at avoidable risk,” he said.

Aboud questioned by a  team of Government and Petrotrin officials had not yet travelled to Venezuela to assess the extent of the damage caused by the oil spill.

But he was unable to reveal the cost of clean-up operations.

Khan said the T&T/Venezuela Bi-lateral Oil Spill plan was immediately activated and following the clean-up it would be determined who would accept liability.

Khan said, “The T&T/Venezuela Bi-lateral Oil Spill plan sets out clear protocols as to how these matters are dealt with. Once the spill reaches Venezuelan waters then the Venezuelan authorities have full responsibility for the clean-up. After the clean-up, the protocols indicate, how we deal with the sharing of costs and who will accept liability in this regard. We have not reached that stage as yet.” (Trinidad Express)

Facebook
Twitter
Pinterest
WhatsApp
Linkedin
Email
Telegram
Previous articleOnshore Base: Crab Island location not final but has advantages – Trotman
Next articlePublic presentation on oil refinery set for May 17 in Guyana