OilNOWLatest News and Information from the Oil and Gas sector in Guyana
More
Regional
Updated: August 2, 2017 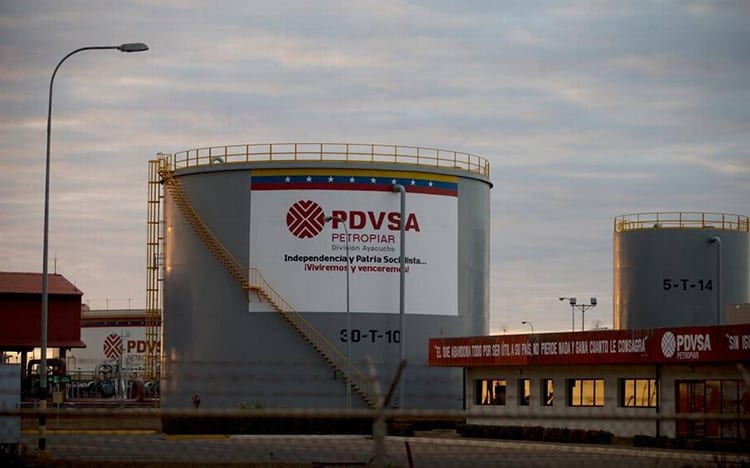 (Bloomberg) Venezuela’s state-owned oil company and its partners have quietly started working on a Plan B to find markets for the country’s crude oil if the White House ratchets up sanctions and bans imports.

Venezuela’s oil exports are vital to the cash-strapped country, prompting officials to look for alternate destinations and sources of revenue, according to people familiar with the situation. About a third of all oil produced in Venezuela is processed at American refineries on the Gulf Coast. Shipments to the U.S. were worth about $12 billion last year.

The U.S., currently the largest single buyer of Venezuelan crude, sanctioned President Nicolas Maduro Monday after he held elections over the weekend for a new assembly that will rewrite the constitution. Meanwhile, Wall Street bankers are keeping their distance from Simon Zerpa, the 33-year-old vice president of finance at Petroleos de Venezuela SA, the state oil company, after the Trump administration levied sanctions against him and 12 other Venezuelan nationals last week.

“If a country decides to stop buying Venezuelan oil, there are many markets in the world were you can send Venezuelan oil to,” Ricardo Menendez, the country’s planning minister, told reporters Sunday in Caracas. “We already export to others parts of the world and have very strong relations from a geopolitical standpoint with Russia, China and India.”

Venezuela may find that buyers in other countries come at a cost.

PDVSA and other exporters would be forced to sell crude at deeper discounts in other parts of the world than the U.S., the people said. While China and India, already heavy takers of Venezuelan oil, are seen as the obvious destinations, shipments to Asia may be restricted by limited capacity at Venezuelan ports, they said.

Fewer than half of Venezuela’s main loading points are prepared to load supertankers, the most cost-effective way to transport oil to the Far East. That would likely push more Venezulean crude to Europe, where its oil would face steep competition from more-established grades from the Middle East and Europe, the people said.

Another alternative on the table would be to increase oil processing domestically. The option has limited effect, since the country’s refineries are experiencing multiple outages and breakdowns due to lack of maintenance.

PDVSA’s refineries were operating at 43 percent of capacity in June. If they were operating at full rates, they could offset the loss of the U.S. market for the most part, according to the people. At full rates, the refineries in Venezuela could take an additional 550,000 barrels a day. That compares with 741,000 barrels a day imported by the U.S. last year. The ramp-up in oil processing would produce a surplus of oil products that could eventually bite back at U.S. refineries.

Venezuela oil production dropped to a 14-year low of 1.97 million barrels daily in June as the country is saddled by a heavy debt burden that prevents investments. PDVSA has an upcoming debt of $3.2 billion that is mostly due in October and November.

At the moment, there’s a lot of uncertainty in terms of what measures the Trump administration might take from now on. The ban on oil imports from Venezuela is seen as unlikely, according to some analysts. But it’s still on the menu of options the U.S. may take if the situation continues to deteriorate, according to senior administration officials.

Facebook
Twitter
Pinterest
WhatsApp
Linkedin
Email
Telegram
Previous articleScientists turn to big data in hunt for minerals, oil and gas
Next articleWe are not writing legislation…we review when asked – US Ambassador to Guyana

Venezuela production hit 750,000 b/d in December but growth may not be sustainable