OilNOWLatest News and Information from the Oil and Gas sector in Guyana
More
Uncategorized
Updated: September 1, 2017

How did oil come to run our world? 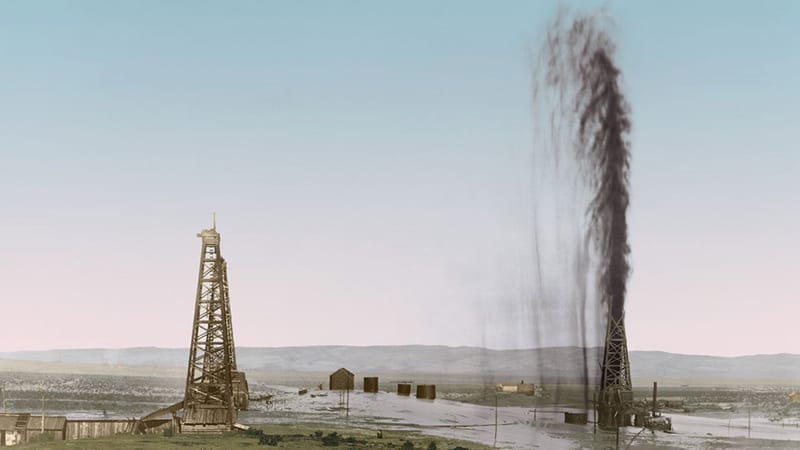 We are not the first people in history to exploit oil as a resource. Some of the earliest civilisations relied heavily on oil.

Crude oil that had bubbled to the surface was used by the ancient people of the Middle East. The Babylonians – modern day Iraqis – used oil to waterproof their boats and as mortar in building construction. The Egyptians also used oil in the preparation of mummies to help preserve corpses. However it would be a long time before the full potential of this mysterious black substance would be understood, or exploited.

The modern oil industry is born: 1859

The oil industry as we know it began in the mid-19th Century with the discovery of the world’s first commercially viable oil well in the USA.

It came at a time when emerging technology created new products from oil. One product, kerosene, became popular as a cheap, clean fuel for lighting homes. A few years later, America’s first commercial oil well was created at Titusville, Pennsylvania when a new technique was pioneered using a pipeline to line the bore holes to allow deeper drilling. The success of the well, plus a demand for kerosene, triggered an oil rush and began a major new industry.

The demand for oil really accelerated with the invention of the motor car.

German engineer Karl Benz invented the first motor car in 1885. This new vehicle ran on a cheap by-product of the kerosene production process called gasoline. The demand for gasoline rose dramatically after Henry Ford made good his promise to create a car that anyone could afford with the Model T in 1908.

As car ownership grew so did the demand for oil to make the gasoline used as fuel. At this time oil was also discovered in the Middle East.

Soon other reserves were found across the region. Middle Eastern nations lacked the technology and knowledge to extract oil. This led to Western companies securing oil exploration and extraction rights for a relative pittance. Middle Eastern production would develop to provide over 60% of the world’s supply.

With the outbreak of a global war, WW1 showed how important oil was to the defence of the nation. It was needed for tanks, trucks and warships.

The run up to WW1 saw a naval arms race as the world’s superpowers updated and expanded their navies. Modern warships were converted from coal-burners to run on oil as it allowed them to move faster and stay at sea for longer. Oil was one of the few resources the British Empire did not produce and access to Middle Eastern oil became a strategic priority. Rival nations also rushed to secure their own sources of oil.

After the end of WW2, post-war leaders knew that oil was an important commodity. The control of oil had been a key factor in who won the war.

Even during WW2, Roosevelt and Churchill had been eyeing the growing oil reserves of the Middle East. On August 8, 1944, the Anglo-American Petroleum Agreement was signed, dividing Middle Eastern oil between the US and the UK. Roosevelt said, “Persian oil… is yours. We share the oil of Iraq and Kuwait. As for Saudi Arabian oil, it’s ours.” However this arrangement did not include the people of the countries concerned.

In the 1950s the balance of power shifted as the Middle East began to realise its power. This shift became apparent to Britain during the Suez Crisis.

Britain used the Suez Canal as an import route for Middle Eastern oil. When Egypt regained the canal, not only was it a blow to British pride and power but it also saw Britain pay a higher price for oil. Other oil-producing nations began to exert their influence. As Western nations’ dependency on oil increased, Middle Eastern nations realised the strength of their bargaining position and renegotiated existing deals with Western oil companies for a greater share of the oil profits.

Arab oil producers wielded their power even further when they used their control of oil to influence the political agenda.

In 1973, the Organisation of Arab Petroleum Exporting Countries instigated a Western oil embargo following American support for Israel in the Yom Kippur War against Egypt and Syria. Oil supplies became scarce and prices nearly quadrupled. Around the world, economies were damaged and Western governments began to explore other sources of oil to break the Middle Eastern stranglehold on crucial supplies.

Some freedom from Middle Eastern oil worries came with the discovery of oil reserves deep below the surface of the North Sea.

After a decade of oil exploration and substantial investment, on 3 November 1975 North Sea oil flowed for the first time. A pipeline serving the Forties Field ran from Cruden Bay in the north-east of Scotland to Grangemouth. The increasingly high oil price helped make extraction of expensive North Sea crude oil profitable. This boosted the UK government’s coffers but it did not free the nation from its dependency on Middle Eastern oil.

The West was still very dependent on Middle Eastern oil. This became most evident when Iraq invaded Kuwait and captured its oil fields.

A long-running dispute between Iraq and Kuwait over territory and ownership of oil fields led Iraq to invade Kuwait in August 1990. The occupying Iraqi forces set fire to over 700 Kuwaiti oil fields. After the failure of diplomatic talks with Iraqi leaders, a US-led coalition of forces liberated Kuwait and occupied Iraq. Keeping oil supplies flowing was a major strategic objective.

The West has continued to seek new methods of oil extraction. One technique in particular – fracking – is a major development.

The pumping of high pressure fluids into the ground fractures – or ‘fracks’ – oil-bearing rocks allowing the oil to be extracted. Encouraged by government money and high oil prices, fracking became profitable. US oil production flourished and resulted in a sharp fall in oil imports from the Middle East. Other nations, such as the UK, are also exploring options to frack oil and gas from their domestic fields.

Today the price of oil has dropped. Middle Eastern nations are again using oil – this time in a trade war to damage other oil-supplying nations.

The global recession has triggered a drop in demand for oil. Rather than reduce oil supplies, the Arab oil-producing nations have maintained production levels and let the price fall. The intention was to damage rival oil producers, such as the USA oil frackers, Russia and North Sea oil, most of whom depend on high oil prices to remain profitable. By the end of 2014 the price of oil had dropped by over 40% and investment in new oil ventures by Western companies was being cut.