OilNOWLatest News and Information from the Oil and Gas sector in Guyana
More
FeaturedNews
Updated: June 6, 2022 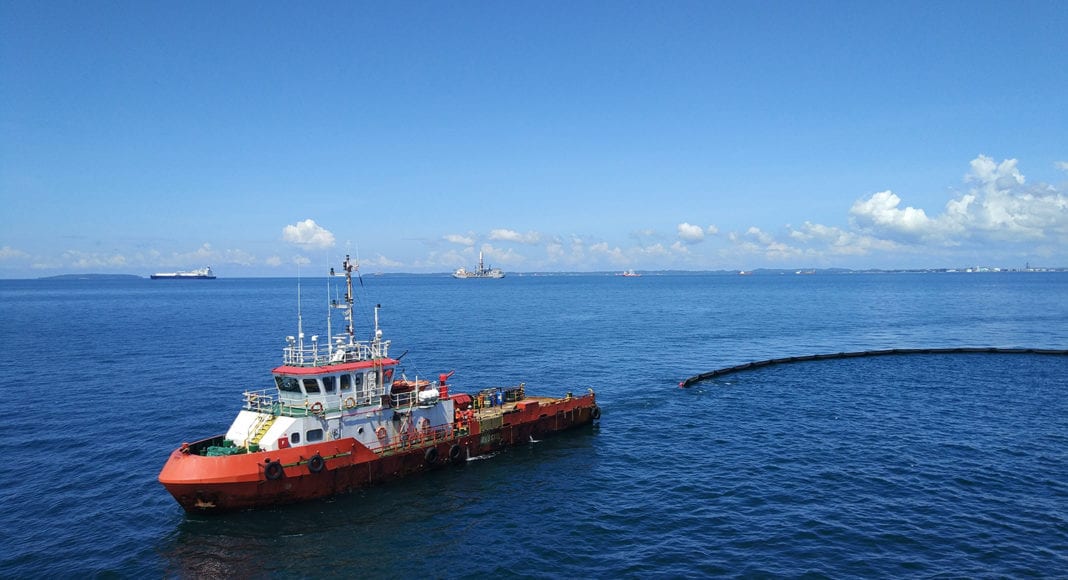 With any oil production operation, oil spills are a risk, though the probability is very minimal once strict safeguards are implemented.

And though Guyana is new to the oil-producing scene, the small South American nation has taken steps to boost its development of an efficient national response mechanism and enhance its maritime oil spill prevention, planning, and response capabilities.

Guyana’s Civil Defence Commission (CDC) brought the curtains down on a disaster coordination event, that saw over 200 officials from more than 23 oil and environment-related agencies being prepared to handle any likely oil spill scenario, should a disaster strike along Guyana’s coastline.

The country began oil production in December 2019 and just a few months later, in March 2020, the CDC got the ball training ball rolling.

It identified existing strengths and weaknesses and ensured that each participating stakeholder, at the end, has the capacity to respond effectively to an oil spill.

“The exercise was conducted in a real-time, stressful environment that was intended to mirror a real tier-two incident,” he explained. And those extend way beyond a country’s EEZ.

Meanwhile, US Ambassador, Sarah Ann-Lynch, speaking on the US Coast Guard’s support said it was more than elated to respond to Guyana’s request for training.

While the US supports the responsible development and utilisation of natural resources, she reminded that it is also equally committed to regional security and environmental protection.

The training touched five pillars: risk assessment, program management, exercise operation and observation, shoreline clean-up and oiled wildlife response. These, according to the Ambassador will be useful when Guyana plans to update its Oil Spill Contingency Plan.

The training was held virtually due to COVID-19 restrictions and was spearheaded by Lieutenant Jimmy Knudsen and Commander Wes James from the US Coast Guard. The CDC also got support from the National Oceanic Atmospheric Administration (NOAA).

On another note, as the country battles another intense rainy season, bringing floods to its coastline, the US donated disaster equipment including generators, sleeping bags, cots, and tents for the CDC to distribute to victims of natural disasters.