OilNOWLatest News and Information from the Oil and Gas sector in Guyana
More
FeaturedNews
Updated: September 14, 2021 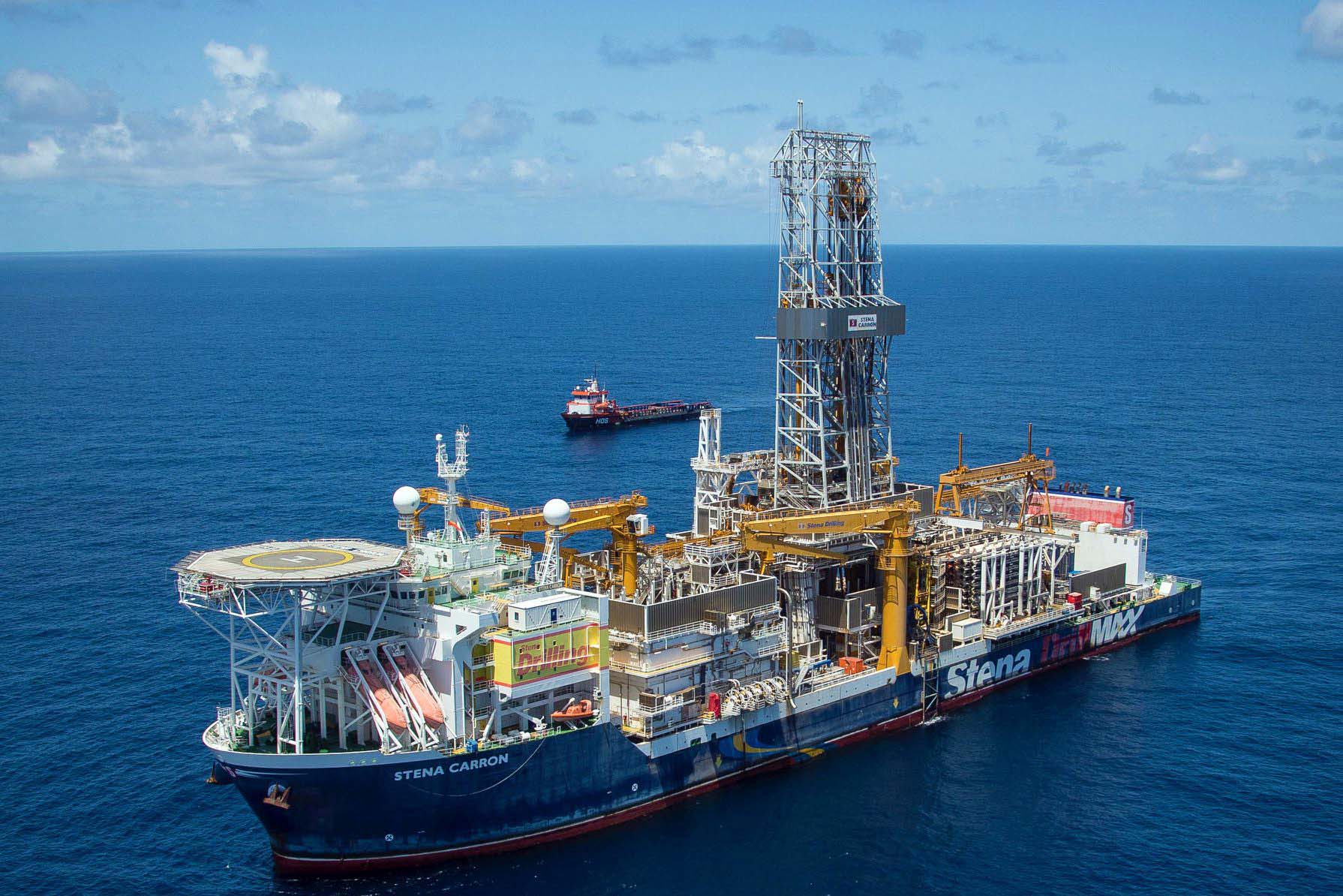 The largest exploration campaign ever to be undertaken in the Guyana basin is being planned with multiple wells set to be drilled across several blocks. Results from these forays can see the already massive 9 billion plus barrels of oil equivalent found off the country’s coast more than double.

In a document submitted to Guyana’s Environmental Protection Agency (EPA), ExxonMobil local affiliate Esso Exploration and Production Guyana Limited (EEPGL) outlined plans for a massive campaign proposed to be undertaken across the Stabroek and Canje blocks spanning the December 2020 to December 2025 period. These include wells already under the drill bit and more to come.

Exxon currently has six drill ships operating offshore Guyana – the Stena Carron, the Stena DrillMAX, the Noble Bob Douglas, the Noble Tom Madden, the Noble Don Taylor and the Noble Sam Croft. These vessels have been carrying out the various exploration, appraisal and development drilling campaigns with the Stena Carron being the only rig equipped to perform well tests.

Guyana’s Minister of Natural Resources, Vickram Bharrat told participants at the recently held Offshore Technology Conference that discoveries in the Guyana Basin are now likely approaching 13 billion barrels of oil equivalent resources and that he expects there will be many more oil strikes.

“The Guyana Basin, as we know it now, we have already discovered maybe 12-13 billion barrels of oil equivalent and I am sure there is much more to be discovered there,” Mr. Bharrat said.

ExxonMobil Senior Vice President of Upstream, Neil Chapman, said the Guyana basin potential remains significant with billions of barrels of oil still yet to be found.

“It’s still early days in the programme but we continue to be very encouraged, and we estimate the resource potential of the basin to be more than double what we’ve already discovered,” he told investors in March.

What about the Kaieteur Block?

The proposed drill programme outlined in the document Exxon submitted to the EPA focuses on the Stabroek and Canje Blocks but there was no mention of Kaieteur, another block the company operates and where it has already made a non-commercial discovery at Tanager. However, it was announced in August that the date for elective nomination of the second drill target on the Kaieteur block has been extended by seven months, to March 22, 2022. The Kaieteur block partners agreed to this extension to facilitate continuing analysis by Exxon, and integration of extensive multi-play drilling results and comprehensive data collection programs into regional petroleum system models and the prospect nomination decision. Exploration across this acreage can also potentially add new volumes to the growing estimated recoverable resources offshore Guyana.

A report compiled by Netherland, Sewell and Associates Inc. had indicated the aggregate ‘best estimate’ gross unrisked prospective resources for 9 prospects in the southern part of the Kaieteur Block is 2.1 billion barrels of oil.

Meanwhile on the Corentyne block, CGX Energy is drilling the Kawa-1 prospect located approximately 90 nautical miles (167 kilometers) offshore covering an area of 4.7 square nautical miles (16.25 square kilometres). The Kawa-1 well is expected to de-risk multiple other prospects on the block which also have stacked reservoirs and similar structural geometries. The primary target of the Kawa-1 well is a light oil, large Santonian slope fan complex with an overlying Campanian fan in a combination structural and stratigraphic trap. Trapping of hydrocarbons within Campanian to Santonian aged sandstone reservoirs is expected to be provided by a pinch-out of the reservoir section up-dip.

All told, Guyana’s offshore prospects remain significant. Just 6 years ago the country had no known oil reserves and now it is poised to become potentially the second largest producer in the Latin America/Caribbean region.