OilNOWLatest News and Information from the Oil and Gas sector in Guyana
More
ExplorationFeatured
Updated: August 13, 2019 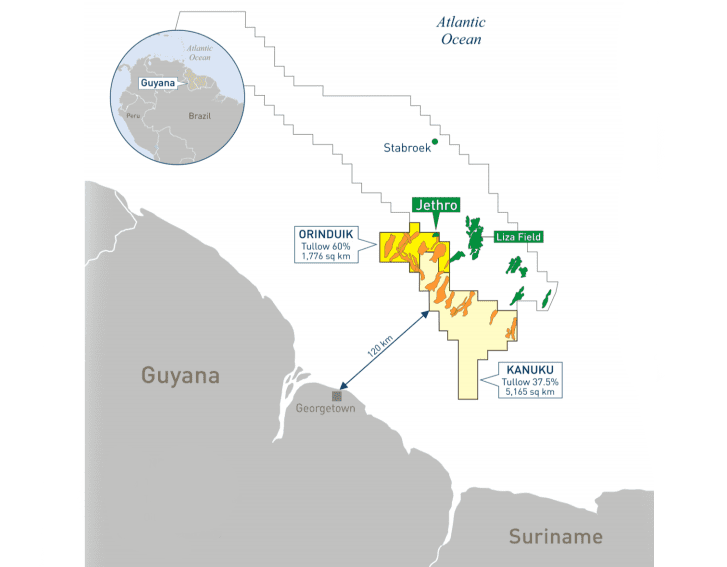 Following the announcement on Monday by Tullow Oil that it had made its first discovery offshore Guyana, private sector stakeholders have renewed their calls for the requisite legal and regulatory framework to be urgently put in place if the South American country is to reap the full benefits of its new-found wealth.

President of the American Chamber of Commerce in Guyana (AMCHAM), Zulfikar Ally, congratulated Tullow, while emphasizing the need for Guyana to be prepared for the influx of companies that will enter the market.

“Congratulations to Tullow Oil for their discovery of commercial quantities of oil offshore Guyana. While this is great news for every Guyanese, we are still behind on key pieces of legislation and compliance to others enacted, to ensure that our economy and more importantly that Guyanese benefit from these resources,” Ally said via his facebook page on Monday.

He further explained that if Guyana is to adequately reap the benefits of the industry, both the government and main opposition party must take swift action and come to a consensus on the matter.

“It is time for a Local Content Policy to be produced, debated upon and have significant contributions and approval from the relevant stakeholders in Guyana. The Natural Resource Fund is yet to be implemented mostly because of the current status of government after the CCJ Consequential Orders, however it is incumbent upon our national leaders from all sides to let us know their views, plans and time-frame in which they expect to get these critical pieces of legislations that are important for any oil-producing economy to avoid the Dutch Disease. Oil exploration and production will not wait on Guyana to get its act together,” said Ally.

Meanwhile Vice-Chairman of Guyana’s Private Sector Commission (PSC), Deodat Indar, in congratulating Tullow on its discovery, also stressed the need for a framework governing the sector to be urgently put in place.

Finance Minister, Winston Jordan, told OilNOW in a recent interview that the Government’s interim status has slowed down certain aspects of preparation for first oil, most specifically the operationalization of the Natural Resources Fund. “Since the President has accepted that the Government is in an interim situation, he has also accepted that critical appointments [for the fund’s oversight committees] cannot be made. So, with that, there has been some kind of slowing down of the process,” Jordan stated.

However, the finance minister assured that his Ministry is working expeditiously towards having the rest of the financial auditing and regulatory aspects of the oil sector in place for 2020.

Also, during a July 29 press conference at the Ministry of the Presidency, Director of the Department of Energy, Dr. Mark Bynoe announced that stakeholders will soon be able to review the final draft of the Local Content Policy.

Tullow’s discovery at the Orinduik Block adds to the 13 already made by ExxonMobil at Stabroek, bringing the total number of oil strikes made to date in Guyana, to 14.

Tullow Guyana B.V. is the operator of the Orinduik block with a 60% stake. Total E&P Guyana B.V.  holds 25% with the remaining 15% being held by Eco (Atlantic) Guyana Inc.