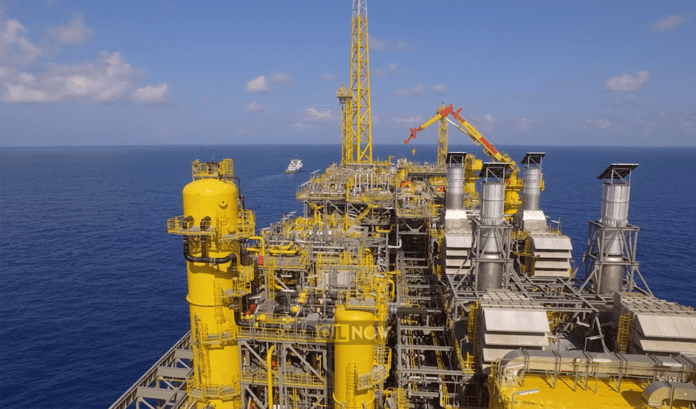 US oil major ExxonMobil is targeting two new wells on its Stabroek Block following the company’s 14th discovery announced last week at Tripletail. Tullow Oil, which announced the Jethro-Lobe discovery on the Orinduik block in August quickly followed it with Joe, where the company made its second oil strike offshore Guyana. Carapa, a Repsol-operated well, is planned on the Kanuku block to the south in September, with results expected by Q4.

“Repsol is proud to be operating in Guyana, where we have been present for more than 20 years. We remain on track to spud the Carapa exploration well in the third quarter on the Kanuku Block with our joint interest owners Tullow and Total,” Ryan Ramjit, Repsol Country Exploration Manager for Guyana and the Eastern Caribbean, recently told OilNOW.

Jethro, which contains about 100 million recoverable barrels of oil equivalent and is situated in the northeast corner of Orinduik, bordering Stabroek, was the first rival find in a region that appears abundant with crude.

The ExxonMobil-led group, which includes Hess and China’s CNOOC, is now preparing to spud two exploration wells – Uaru, and Mako – at the Stabroek Block. “They’ll be coming up here later this year and they’ll be drilling here as we get into the latter part of 2019,” Deedra Moe, ExxonMobil Guyana Senior Director, Public and Government Affairs, told OilNOW during an interview last week at the company’s Kingston, Georgetown office.

The company currently has three drillships on the block and a fourth – the Noble Don Taylor – is expected to arrive in October.

Hess, ExxonMobil and smaller partners also plan to drill the Kaieteur block to the north in 2020 while CGX Energy is targeting the Utakwaaka-1 well on its Corentyne block by the end of this year.

With 556 offshore rig days in Guyana for the first half of 2019, the South American country – a newcomer to oil and gas – has now surpassed its Caribbean neighbour, Trinidad and Tobago, with exploration activities.

The 120,000 barrels per day Liza Destiny FPSO – Guyana’s first oil production complex – has also arrived offshore where it is being hooked up to the subsea to begin oil production within months.

Half of ExxonMobil’s workforce for its exploration and development activities at...