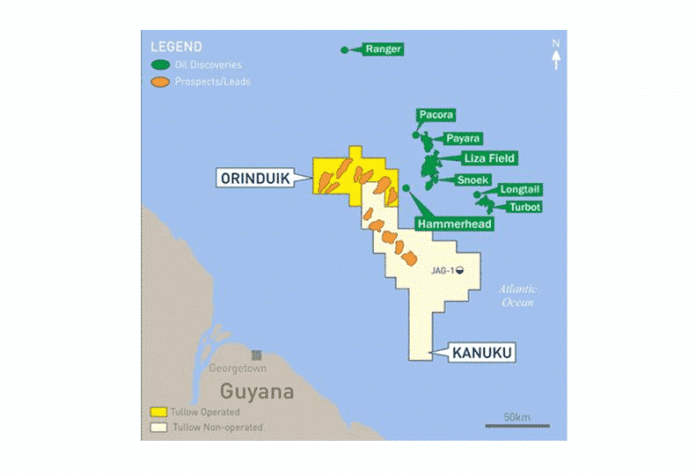 Further to this, a host of 3rd party services such as waste disposal, tank cleaning and CCU provision have been secured.

Ramps Logistics Operations Director (Guyana), Richard DeNobrega, told OilNOW that securing the contract with Tullow Oil means a lot for the Guyana component of the company since it demonstrates confidence in the country. “Ramps Guyana, through its subsidiary El Dorado Offshore, has been contributing significantly to local content development in Guyana. We have increased our Guyanese staff complement to 250. I know, and I am very confident that we will not disappoint, and we will make Guyana very proud.”

He said the 250 Guyanese employees include around 90 stationed at the company’s Brickdam Georgetown office and others who rotate offshore providing services to the country’s emerging oil and gas industry.

Since 2015, Ramps has provided the full complement of cross-border logistics services to ExxonMobil, in support of their exploration and development drilling in Guyana. Ramps has also managed similar cross-border projects for Tullow Oil and Kosmos Energy in Suriname during 2017 and 2018.

Founded in 1985, Ramps has offices in Trinidad, Guyana, Suriname, Miami and Houston with total staff count exceeding 500 persons operating in the region and the US.

Tullow Oil has over 85 E&P licences across 17 countries, divided into three Business Delivery Teams: West Africa, East Africa and New Ventures. Tullow’s most famous interest is as operator of the Jubilee Field in Ghana, a massive deep-water oil field discovered in 2007. The 600 Mbbl field was one of the largest finds of the decade in West Africa.