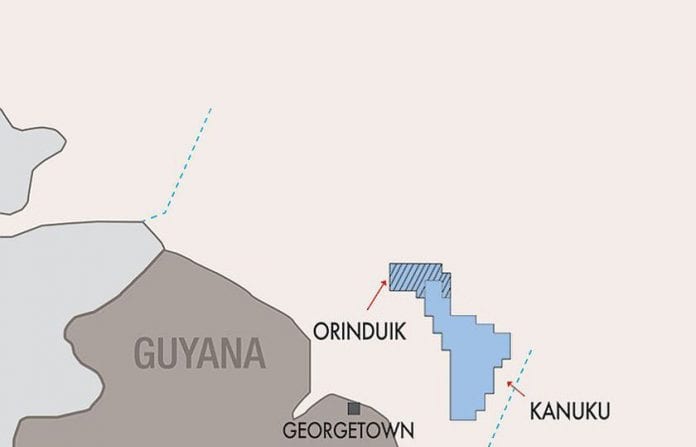 UK-based Tullow Oil and its joint venture partners will spud their first well at the Orinduik Block offshore Guyana just miles away from the multi-billion barrel Stabroek Block where US oil major ExxonMobil has to date made a record 13 discoveries.

Tullow plans to drill two wildcat wells on the Orinduik licence from June 2019 onwards using the Stena Forth drillship which has already set sail for the South American country. The Stena Forth was selected by the Orinduik explorers for its best overall economics and technical capacity, following an extensive review of alternatives. The drillship is expected to reach the Orinduik Block by June 24 and will spud the Jethro Lobe prospect around June 26.

Tullow, the operator of the Orinduik Block, has 60 percent stake, Total has 25 percent and Eco Atlantic Oil and Gas has 15 percent.